From Cassano Ionian to India, passing through Sharm el Sheik, Stuttgart, Bangkok, London, George Town, New York and Moscow, bringing the flavors of Calabria to the world. Luigi Ferraro, now executive chef at the luxurious restaurant Sorrento of Shangri-La’s – Eros Hotel, in New Delhi, after 5 years at the “Cafe Calvados” in the Russian capital. Luigi considers the kitchen “an ideal cultural space” where one can “create and experiment, where one travels and lets your imagination wander.” His modus operandi is a constant effort to enhance natural ingredients, his must is a fusion of native traditions mixed with those cultures and lands where he’s lived and worked, to offer unique dishes, a true coupling between technical and artistic talent, and taste.

An instinctive passion for cooking that despite his young age, has allowed him to obtain important international recognition, being awarded the title of ambassador of Calabrian cuisine in the world also receiving at the Campidoglio, the coveted international prize “La Calabria nel Mondo,” XXIV Edition. Versatile and creative, our ambassador has written a book that perfectly reflects his philosophy, “Calabria, in tutti i sensi – Un viaggio con Luigi Ferraro”, (Calabria, in every sense – A journey with Luigi Ferraro), in partnership with the renowned photographer, Riccardo Marcialis, published by L’Immaginario (2015).

“This book is a tribute to all those who, even today, nourish a passion for their homeland, so much so that they devote their lives to it.” 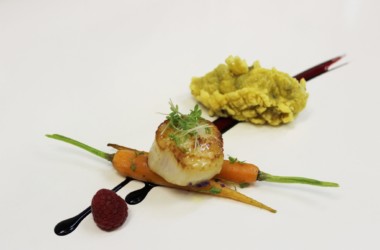 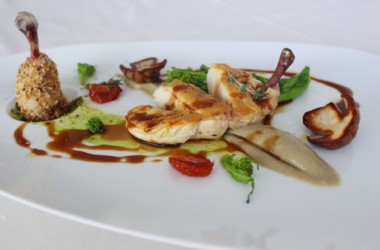 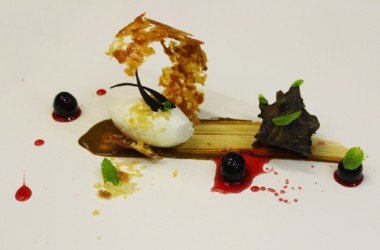 Yield: 4 servings For the white chocolate mousse: 125 g 34% white licorice 20 g water 15 g glucose 20 g yolk 250 g fresh whipping cream Melt the chocolate in a bain-marie, boil the water and glucose together in a separate pot, then add them to the melted chocolate and stir until well blended. […]